Posted on June 6, 2016 by darjmich in News with no comments 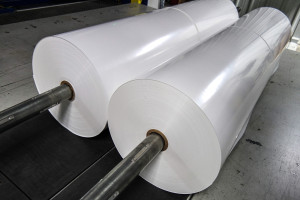 Crayex Corp. is investing a massive seven million toward expanding it’s two factories. The additional space will give way for future opportunities for growth. More factory space also means the ability to take on more business.

The  large expansion includes the addition of new production lines at it’s Piqua headquarters and sister location in Georgia. The investment will be the company’s second largest expansion in three years.

In a recent Dayton Business Journal Article,  President and Chief Operating Officer Mimi Crawford said, “We’ve been blessed; business has been good, sales are growing at a good clip, and we’re trying to stay ahead of it all.”

Crayex is a packaging manufacturer which makes plastic films for shrink film, industrial and postal packaging, films and bags. The current head factory is found in Piqua at 1747 Commerce Drive. Currently the factory has about 6,400 square feet of floor space, while it also invests  in new equipment at its McDonough, Ga. site.

Crayex is also adding two extra bays in Dayton, one for immediate expansion and one for a future expansion. During this time, their Georgia location will be revamped with updated equipment. When the expansions are complete, the company plans to hire 10 to 15 new employees to add on to their existing 75 to 80 employees, as well as the 25 at the Georgia facility. The expansions will mean it has a larger capacity to support its current business lines, especially with  plastic coextrusion products.

Crayex runs 24 hours a day, with a set of 12-hour shifts. Each year, the company has grown their revenue by about 14 percent and it’s plastic coextrusion lines have seen increasing demand as it has branched out into more industries. The latest business plan has its products breaking into the food packaging industry.

“In the food space, it’s more recession-proof than the industrial side, so it makes sense to rely on something less dependent on the GDP,” Crawford also said in the article.

Game Construction of Vandalia is the contractor on the project. The company hopes to be done by the end of September with its expansions.

Crayex was founded in 1972 by Clifford Alexander and has about 80,000 square feet of space between its two facilities. It can produce up to 70 million pounds of mono and three-layer  products annually between the facilities. It also has its own warehousing and transportation. 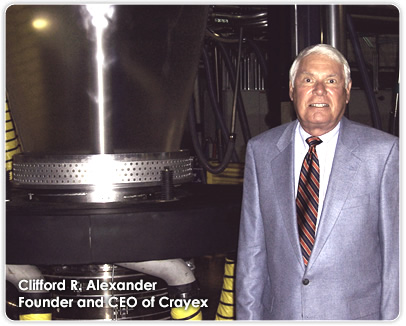