Posted on December 22, 2016 by darjmich in News, Uncategorized with no comments

Camden, Indiana will soon be home to brand new recycling and scrap-plastics-to-fuel facilities! These state of the art facilities will process recyclable and non-recyclable plastics into a wide range of commercially viable products and fuel.
The project was announced in late November, 2016 by GEP Fuel and Energy Indiana, a joint venture between Toledo, Ohio based U.S. Energy Logistics and GEP Fuels. The company plans to invest $100 million dollars into the 450,000 square foot facility with construction beginning in the first quarter of 2017. Along side the new recycling center will be a brand new $200 million facility aimed at converting scrap plastic that cannot be recycled into fuel for use in the transportation sector. 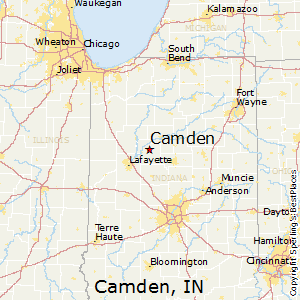 Service to these centers will be served by U.S. Rail Corp, and it is expected that they will process over 1,500 tons of plastic each day. High value scrap will be processed at the recycling center and shipped to markets such as the auto industry, while the low value plastic will be moved to the adjacent facility via conveyor belt to be turned into renewable energy.

Steve Hogan, president of GEP Fuel and Energy pointed to the close proximity to consumer plastics as a main reason for their decision to locate the facility in Camden, Indiana, as well as the location being served by U.S. Rail Corp lines and the strong support of local governments. The Indiana Economic Development Corporation has also offered GEP Fuel & Energy Indiana up to $2 million in conditional, performance based tax credits. The total capital investment for the project is expected to range between $300 million to over $400 million.

The majority of plastic the facility will process is expected to be recovered from auto shredder residue, or ASR. Hogan estimates that nearly 1 million tons of ASR will be accepted by the new facility, or roughly 40 rail cars per day. This ASR is predicted to contain approximately 80% plastic, with rubber, metal and other materials making up the rest. Hogan expects half of the scrap to go towards fuel production, while the other half, as well as the other material in the ASR, will be processed and marketed to other consumers.

Jim Schellinger, president of the Indiana Economic Development Corporation (IDEC) said of the project: “We are pleased GEP Fuel & Energy Indiana chose to locate here in a state that works. As the Crossroads of America, Indiana offers companies a central location and an infrastructure that ranks best in the nation, supporting companies like GEP Fuel & Energy as they ship their products across the country.” Mr Schellinger added, “Indiana’s low-cost, low-tax, limited-regulation business climate is why the state is recognized as one of the best for business, and as we enter our state’s third century, I am confident we will build on this momentum by advancing talent attraction and workforce development, allowing job creators like GEP Fuel & Energy to thrive.”